The European Association for Coal and Lignite (EURACOAL) is the umbrella organisation of the European coal industry. The association’s history stretches back to 1958 and has been known as EURACOAL since 2002 when it evolved from the European Solid Fuels’ Association (CECSO) after the expiry of the Paris Treaty establishing the European Coal and Steel Community.

The EURACOAL Secretariat is located in Brussels with three professional staff, each qualified to degree level or higher. The association publishes Coal industry across Europe, now in its 6th edition and the only detailed account of the European coal sector. 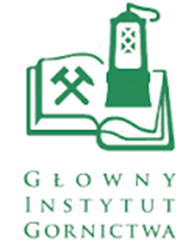 Since 1945, the Central Mining Institute has been connected with the coal mining industry in Poland. The Experimental Mine “Barbara” in Mikołów is a part of the Institute. The Institute’s activities concentrate on the problems of work safety, modern technologies and mining techniques, as well as environmental protection. The results of scientific and research work carried out at the Institute form the basis for a modern and safe mining industry in Poland and have been applied around the world. The strategic aim of the Institute is to gain a long-term position in the European Research Area in the field of geo-engineering – the science of phenomena and processes connected with the Earth. To this end, the Institute employs highly qualified staff consisting of professors, holders of post-doctoral and doctoral degrees and other qualified engineers. The Central Mining Institute is Notified Body No. 1453 within the scope of the European Union directives: 94/9/EC (ATEX), 98/37/EC (machine) and 93/15/EEC (explosives for civil use). It is the only IECEx certified unit in Poland.

The IEA Clean Coal Centre Technology Collaboration Programme (TCP) is a cost-sharing agreement, endorsed by the International Energy Agency, and supported financially worldwide by a mix of contracting parties and sponsor members who oversee the implementation of an agreed work programme through the Executive Committee. It is committed to assessing and presenting objective, impartial, high-quality information on all aspects of coal production, processing and utilisation, with full regard for the energy trilemma issues. It is uniquely placed to explain the rationale for balancing security of supply, affordability and environmental issues (including climate change). The overall near-term driver is to push the case for lowering the carbon intensity in the various sectors through the increasing introduction of High Efficiency Low Emissions (HELE) flexible, low-water usage, coal-based processes. For the medium term, this must also include the introduction of carbon capture, utilisation and storage.

a project supported by the European Union